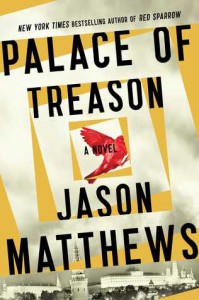 Captain Dominika Eragova is a Red Sparrow, famously trained in the art of seduction making her, much to ""man""kind's chagrin the ultimate tease, and she is damn good at it too. Sparrows would utilize their prowess as seductresses of the state to further the strategic goals of their home country. Sex and spying were melded together to reap great rewards while taking advantage of Russia's greatest skills and man biggest fatal flaw. For the select and hardened few, she will give in, but that only means that you have something very important to disclose, and if that happens to be the case, like a praying mantis she'll kill you after coitus or worse yet, someone of lower sympathy and a higher pay grade will. With the ability to arouse the coldest of men she has perfected her practice of leaving a man with testicles that are so blue Van Gogh himself would be jealous. Once things are on the up and up she knocks you down leaving you either in full compliance or stiff sending the rest of your on a path towards catching up with your groin. I can't imagine anything worse, that is until you meet Colonel Zyuganov, a man who makes Vladimir Putin himself hold his breath.

""Stalin came to Putin in his dream and told him how to rule Russia. 'Destroy all the democrats without mercy, then eliminate their parents, and hang their children, and incinerate their relatives and their friends, and kill their pets, and paint your Kremlin office blue,' said Stalin's ghost. 'Why blue?' Said Putin.""

The biggest favour the Kremlin could provide it's dutiful and loyal comrades was promotion within the hierarchy. And then you realize, a little too late that you had just sold your soul to the red devil. Personnel action equals death. Dominika initially started out as a true patriot, a loyal rezidente working for what once was known as the KGB, but now referred to as the Russian Intelligence Service. After years of living under Russian bureaucracy and witnessing established policies centered on abuse of power and constant strong-arming towards innocent citizens and businesses, Dominika has made it a point to get revenge for Russian beastliness. Taken in by the CIA, together with Nathaniel Nash, Marty Gable, and Tom Forsyth they have put together a mission called Project Diva which will feature Dominika as the star of the show. Dominika will be required to go back to her motherland (or rodina) to penetrate the red shield, get inside the Kremlin by infiltrating the SVR, gain President Putin's trust and hopefully bite her tongue in the process. She will have to battle behind the scenes with one of the most sociopathic, paranoid, tyrannical, rampaging top ranking Russian officials, that is in fact not named Putin.

""Dominika shuddered inside herself. The Kremlin. Majestic buildings, gilded ceilings, soaring halls, all filled to the rafters with deceit, rapacious greed, and cruelty. A Palace of Treason. And now Dominika - another sort of traitor - was coming to the palace, to smile and lick the impassive face of the tsar.""

While Dominika is working her way in the inside of the Kremlin, Nathaniel and his crew are working on there own mission in Washington. They are looking to foil Iran's plans to acquire parts that would make them have nuclear potential in a single year. As the plan unfolds the team realizes they have a mole of their own inside the CIA. Denied a promotion that is given to a rather unknown entity is a definite deflation of ego, for Sebastian Angevine, this was all he needed to welcome himself to his palace of treason and a future in espionage.

""At the end of their walk, she watched Thorstad in his ridiculous, wide brimmed slap a trudge up Thirty-First Street NW towards the lights of M street. Zarubina hoped this TRITON was intelligent. It didn't reassure her that he had chosen a code name for himself - a worrying possible indicator of the ego of a megalomaniac. Besides monarch of the sea, ""triton"" in Russian meant 'newt.' Not exactly the most heroic cryptonym for an agent, thought Zarubina, but perhaps naming oneself after a squirmy amphibian will prove to be apt.""

I enjoyed the banter between Nathiniel and Dominika and how he often referred to how she doesn't understand common North American idioms and expressions and how she would be constantly paranoid or insecure, desperately needing translations. This became a fixture from beginning to end and also brought some levity to the overall situation. A tad bit cliché when involving any American/European relationship, but still enjoyable as I saw it. I also enjoyed Dominika's synesthesia quality that made her more in tune with her body and gave her a clear understanding of how to read people which is a present feature throughout the novel. Really superhero-esque if you think about it. Palace of Treason was very complex with its operational terminology and intelligence specific jargon. There really isn't a lot of hand holding on behalf of the author, the reader is out on there own with this one. It is obvious by the way that the author writes that he has a tremendous amount of experience and credibility, and is even able to have some fun in the process. I thought it was a little too heavy on the various intelligence-baced technicalities for my liking. What I thought was weird, but enjoyed nonetheless were all the dietary references. I still don't know how it all fits, but being a foodie I thoroughly enjoyed the recipes. I knew beforehand that the Russians enjoyed their pickles, and hard-boiled eggs, and garlic, but I was happy to learn some new recipes with some very interesting food pairings.

""Olivier Salad - Boil potatoes, carrots, and eggs. Dice vegetables, eggs, and dill pickles into quarter-inch cubes and place into a bowl. Similarly dice boiled ham or shrimp, or both, and add to the bowl. Add sweet baby peas. Season aggressively and add fresh chopped dill. Incorporate with freshly made mayonnaise.""